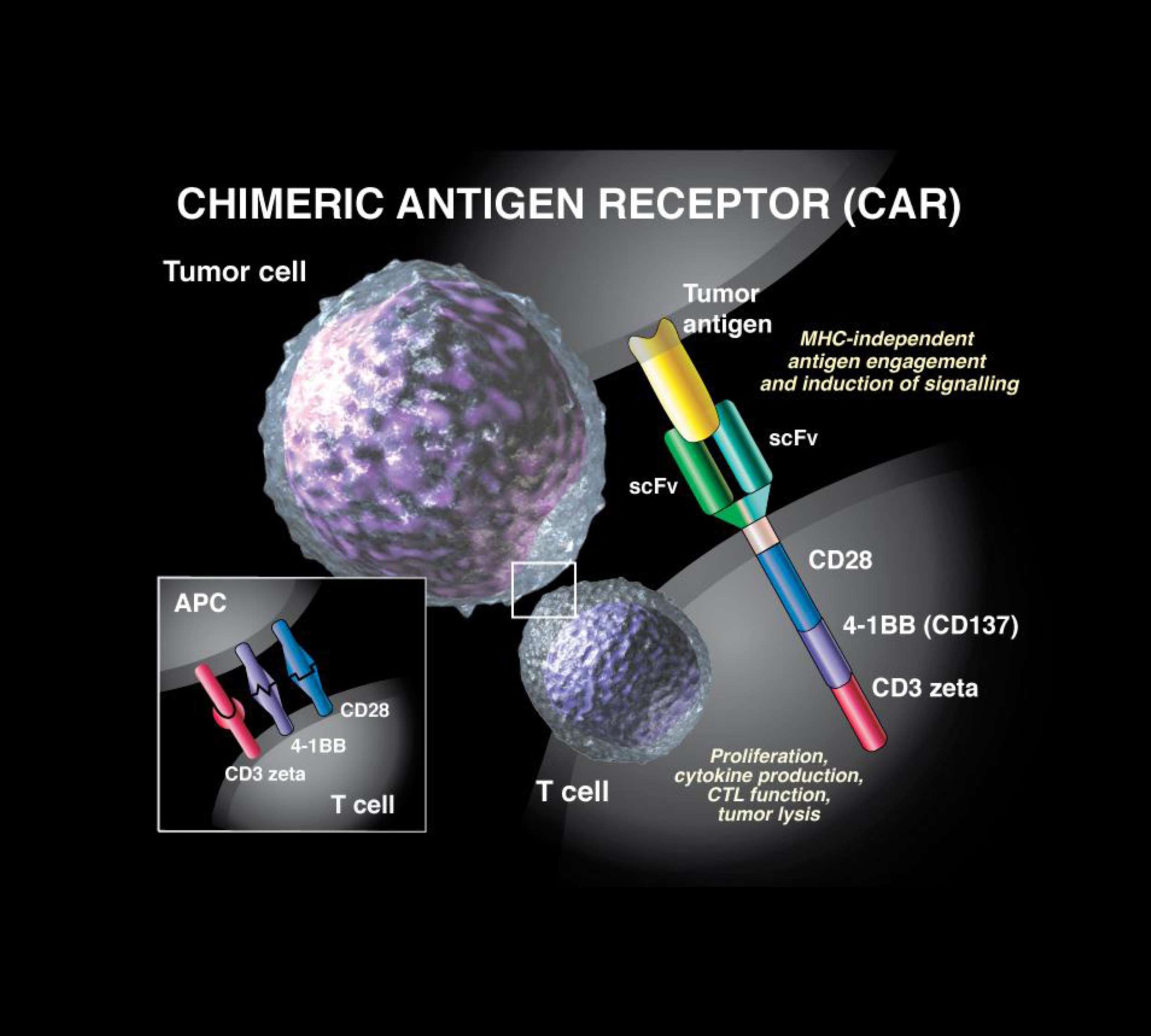 Since 2016, the ROTZ Foundation has provided generous philanthropic support for the Thoracic Oncology Laboratories at Penn, directed by Dr. Steven M. Albelda.

This document is a summary of the past, current, and future status of the lab’s research project(s), highlighting the important contributions of these donations.

CAR T cells have shown spectacular success in treating a number of blood cancers (leukemia, lymphoma, and myeloma) and are now FDA approved for these diseases. However, to date, they have been unsuccessful in controlling solid tumors such as lung cancer.

One key goal of our lab is to discover ways to use CAR T Cells to treat lung cancer. Thinking "outside the box", we have undertaken the following projects aimed at achieving this goal.

The first project partially funded by the Rotz Foundation involved the development of CAR T cells that attack tumors by targeting fibroblasts within the tumors. In lung cancer, fibroblasts form the scaffolding and provide nourishment for lung cancer tumor cells by supplying them with growth factors and by dampening down the body’s anti-tumor immune responses. We created CAR T cells that attack a key protein on the surface of these tumor fibroblasts called "fibroblast activation protein" or FAP. We published 2 peer reviewed papers on this approach in 2015 and 2016, showing marked reduction in tumor size after treatment with the FAP-CAR T cells.

We have made progress in our goal to initiate a human clinical trial using the FAP-CAR T cells. This has been a challenging project because we needed to find just the right antibody that would recognize the high level of FAP on the cancer fibroblasts, but not cause damage to other normal cells that can express FAP at low levels.

We are currently testing new versions of our CAR and hope that one of these will allow us to move forward to clinical trials. We hope to begin a human clinical trial for squamous cell cancer of the lung, mesothelioma, and for head and neck cancer within the next 18 months.

Last year, we started an admittedly a high risk-high gain project, that, if successful, would change the entire CAR T cell paradigm, making them much less cumbersome and less expensive to produce, potentially safer, and thus open opportunities to treat many more patients.

The process of making CAR T cells outside the body is very time consuming, expensive, does not always work, and requires the patients to be pretreated with chemotherapy drugs to reduce their own white blood cells (to “make room” for the infused CAR T cells). To address this issue, we plan to take advantage of some new technology discovered at Penn to develop ways to make CAR T cells inside the body, without the need for the complex 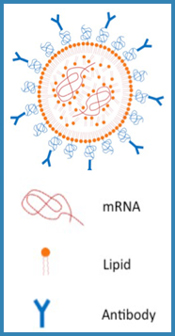 exterior manufacturing process or for the chemotherapy pretreatment.

To do this, we are partnering with Professor Drew Weissman at Penn. Dr. Weissman was instrumental in developing the technology used in the mRNA COVID vaccine and is an expert in mRNA therapeutics and has won many national and international awards. mRNA (messenger RNA) provides genetic blueprints for cells to make proteins. We have created a formulation very much like the COVID mRNA vaccine. We will coat mRNA encoding for a CAR with a shell of fatty material that will then be targeted to the T cells by antibodies on the surface (see figure). When injected into the blood, the antibody will cause the particles to bind to the T cells. The particles will then get taken into the cell, the fatty coat will dissolve, and the mRNA will direct the T cells to make the CAR that will move to the cell surface. Because mRNA is relatively short-lived (unlike what we see with the standard outside-the-body produced CAR T cells where expression is permanent), the cells will express this CAR for only 3-4 days. We will thus give repeated injections of the lipid nanoparticles/mRNA complexes to maintain activity over the desired period of time.

Over the past year, we have made good progress in this project and it has become a major focus 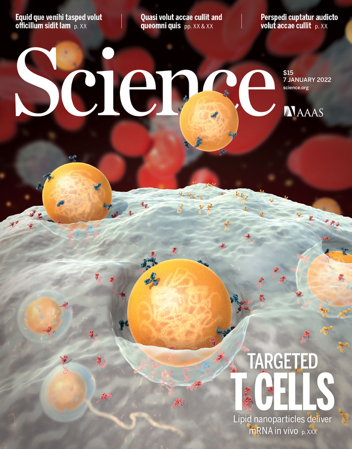 of the lab. We were part of a paper that was published in the prestigious journal Science that showed we could make CARs within the body and that these CARs (which were FAPCARs) could reverse cardiac fibrosis (see figure). We have attached the actual paper. We are now using a similar approach, but with a focus of treating cancer (initially using the same FAP CARTs as we are developing in Project 1). We have done experiments in our lab where we can successfully target the proper T cells and get them to express our CARs for up to 5 days in both mice and on human T cells. We are designing ways to make the process more efficient and safer, Excitingly, Penn has formed a new spinoff company that will be developing the LNP-mRNA approach and has promised to move the LNP-mRNA CARs into clinical trials as soon as we have sufficient preclinical information.

Our lab spent many years developing treatments where we injected a modified cold virus (an adenovirus) expressing an immunologic activator (interferon) directly into tumors with some success. We now think we can replicate and improve on this approach in an easier and safer fashion by using the LNPs that encode a message for interferon. Studies are underway to test this idea and to optimize it’s efficacy.

Why the ROTZ Foundation Funding has Been so Important

The Thoracic Oncology Laboratory has funding from a number of sources, including government grants and research agreements with pharmaceutical and biotech companies. Traditionally, these funding sources are quite conservative and only want to fund "sure things" with lots of preliminary data. However, that is not how the discovery of cutting edge science works. There is a need to try new, creative, risky, and unproven approaches. Some succeed, but most don’t.

This "novel idea space" is where the Rotz Foundation has been of special importance to the lab by helping to support these more novel “high risk - high gain” projects needed to produce the preliminary data that can then be used to obtain government or industry support. For example, ROTZ Foundation funding was used to help support the FAP CAR T projects, ultimately leading to the NIH grants and industry support that will lead to human clinical trials.

More recently, the funds have supported the NK cell projects, and over the next year will be used to support the new project to generate CAR T Cells inside the body with a simple injection of mRNA. We are hopeful that these projects will also lead to government and industry support and ultimately to clinical trials.